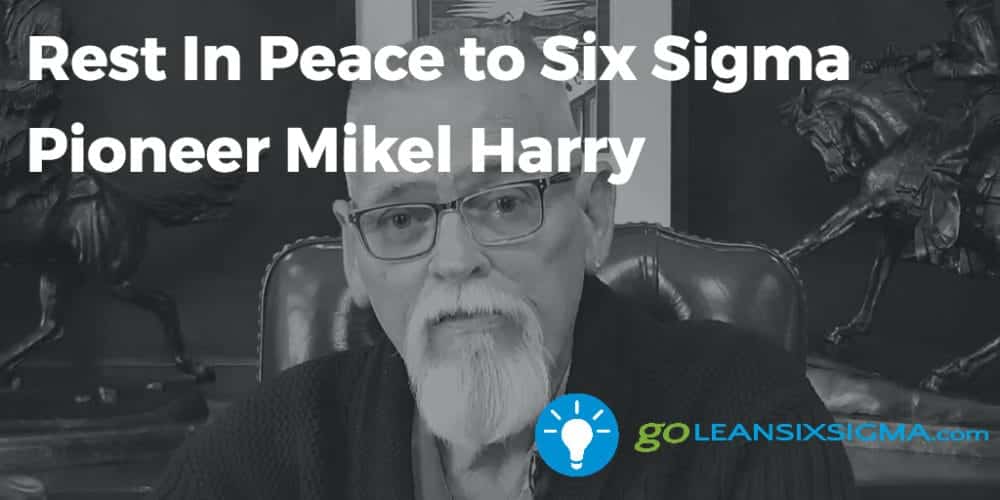 Mikel Harry, one of the primary developers of Six Sigma, passed way on April 25, 2017, in Chandler, Arizona. Harry was very well known in the Six Sigma Industry and his book, Six Sigma: The Breakthrough Management Strategy Revolutionizing the World’s Top Corporations, has been on the bestseller list of The Wall Street Journal, Bloomberg Businessweek and Amazon.com.

In 1985, Harry worked together with Motorola engineer, Bill Smith, to come up with a four-stage problem-solving approach: Measure, Analyze, Improve, Control (MAIC), which became a cornerstone for the Six Sigma process. Harry received the lifetime Engineering Excellence Award from Arizona State University, where he also earned a doctorate degree. Along with being president and chairman of the board at the Six Sigma Management Institute, which he founded in 2003, he was well respected by anyone who knew of him.

As our Operations Assistant, Darion supports GoLeanSixSigma.com's day-to-day operations, enabling our Team to deliver exceptional service to our clients and learners.